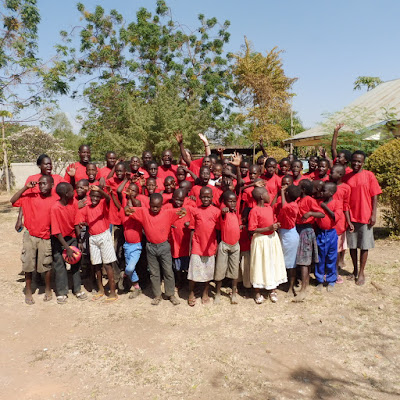 We can look back on a good week, even some of the children were quite young, they really learned a lot! 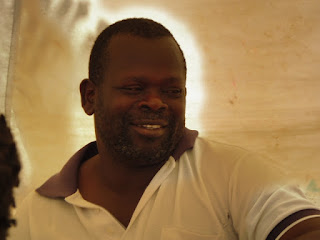 Yesterday Andrew gave a lesson about growth and development of the body. 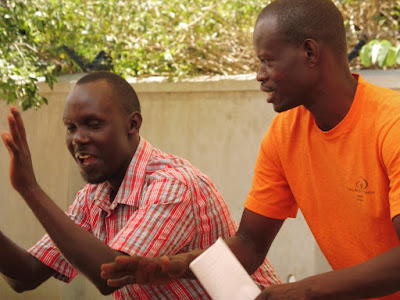 The second lesson was given by Elias (and translator David) it was all about personal hygiene and also a bit about general cleanliness. It was practical and the children talked a lot and gave answers on the questions Elias asked. 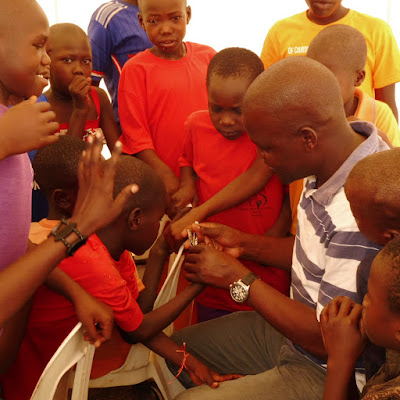 Simon made it very practical after wards by cutting many finger nails!

Today we had a lot of singing, and we looked back on the week. The children could give good comments about what they had heard. It was really encouraging to hear that they mentioned the most important things we had talked about..... Then they went into their age groups and together they made a presentation about one of the subjects we had taught. 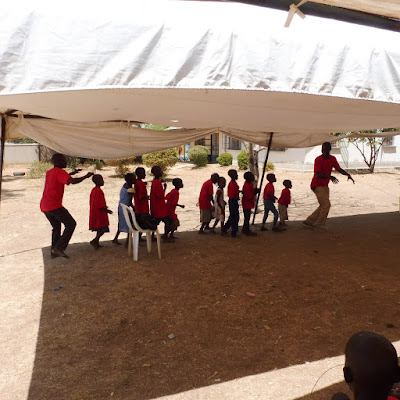 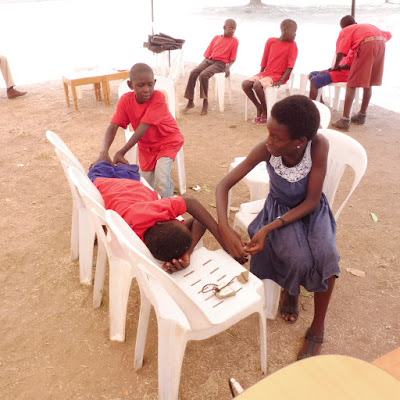 Most of them were straight forward, the group om the picture above played a drama about a boy who didn't want  to take his ARV's anymore. He got sick, they brought him to the hospital where the doctor put him on an IV drip, but it was too late, he died... They all know it, the medicines are life!!!! 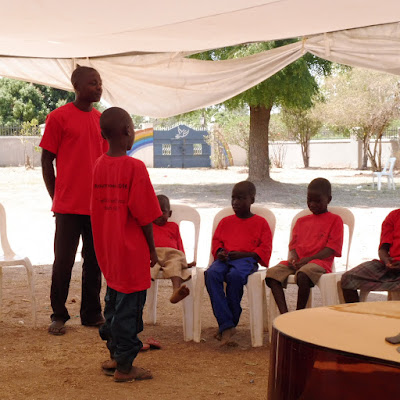 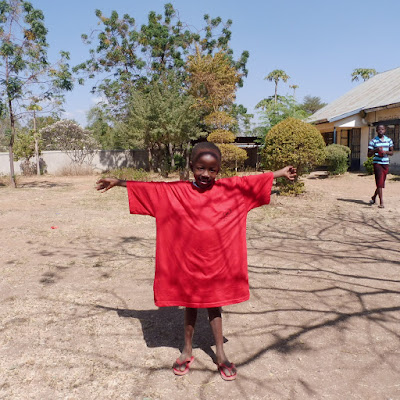 And here is Catherine, still too young to participate.... She can't wait to grow into the Amun T-shirt, maybe next year?????
Posted by Amecet at 10:12 AM